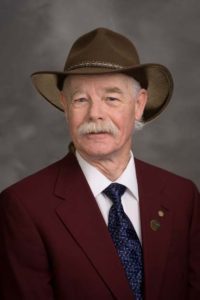 JD Grewell, ACI was a home inspector and member of the American Society of Home Inspectors (ASHI®) from 1979 until his passing in 2017. JD strongly believed in serving and giving back to the profession. He served on and chaired many ASHI national committees such as ASHI’s Standards Committee for more than 10 years and served for many years on ASHI’s national Board of Directors. JD also served on various task forces, including multiple strategic planning efforts. Although he was never one to seek recognition, JD was a recipient of several of ASHI’s highest awards such as the Monahon, Cox, and Ironman Awards for his continued efforts on behalf of the Society and to help the profession.

Understanding the importance and value of a high-stakes, psychometrically valid entry level exam, JD served on the Examination Board of Professional Home Inspectors (EBPHI) from 2001 to 2006 as a member of its Board of Directors and ultimately as President. He was also selected as a subject matter expert by the EBPHI, writing questions for the National Home Inspector Examination (NHIE) for more than 12 years to help keep the exam content current.

JD was passionate about his profession and firmly believed in helping others, both locally and nationally, by encouraging them to become the best home inspectors they could. A local real estate agent in JD’s area summed him up by stating “He’s a man of few words, but when he speaks, you listen. [He was always] working to ensure that the next generation of home inspectors will be just as ethical and diligent as he is—whether they like it or not.” JD believed that by sharing his knowledge with novice and seasoned home inspectors alike, it would improve the profession.

JD was a Maryland licensed home inspector and served on the Maryland Real Estate Appraisers and Home Inspectors Commission from its inception in 2000 until 2015. JD also helped create the Maryland Home Inspector’s Code of Ethics and Standards of Practice and served on the Home Inspector’s Complaints Committee. The Maryland Home Improvement Commission utilized his expertise to perform investigative inspections and when needed, to testify. Beginning in 1986, the Montgomery County, MD Division of Housing and Community Affairs, through the Department of Consumer Affairs, contracted with JD to act as the primary dispute settler and consumer complaints specialist to provide investigative inspections for consumer complaints against contractors and new homebuilders.

Since its inception and as of April 2022, EBPHI is thrilled to have awarded a total of $135,000 in scholarships to deserving individuals!

I'm ready to take the exam!